Although a small society the IOS has developed and maintained a keen involvement, through both advisory and financial support in overseas owl conservation projects since its inception. 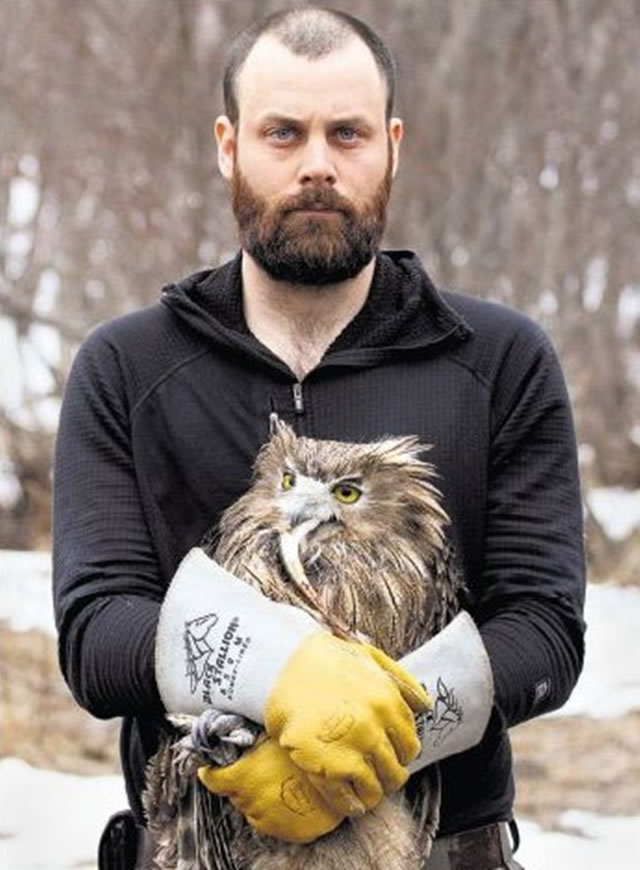 Investigating Fish Owl populations along the Ogwe River (a tributary of the Niger) near Agenobode in Nigeria.​

This project was established under the auspices of the Dominican Government and the Society for Conservation Research of Owls to protect the four owl species* resident on the island of Hispaniola against a backdrop of a tripling in the local population and an 85% loss of original habitat to agriculture and tourism.​

The IOS provided funds to facilitate the DNA testing of birds as well as general financial support for the work of the project which resulted in captive bred birds being reintroduced into the wild.​

In collaboration with the Department of Wild Animal and Resources Management at Makerere University this IOS driven project was established initially carry out a preliminary study of owl species in the Kampala region, their feeding habits and to establish the effects on them of urban expansion and concomitant pressures. Given historically the extremely negative attitudes induced by myth and folklore towards owls by local populations (owls traditionally being regarded as birds of bad omen and as symbols or announcers of death) the project also developed an educational bias in addition to its scientific studies.​

This project to which the IOS donated is named after Ecuador’s largest owl the Great Horned Owl and commenced in 2009 as an ongoing research and conservation programme. Ecuador possesses one of the richest and diverse populations of owls and other nocturnal bird species of any neo-tropical country with over 28 owl species having been recorded within its borders. the study commenced with investigations of three pygmy and six screech owl species before moving onto rarer Andean owl species including the Buff-fronted and Stygian Owls.​

This, our currently supported project, is focused on the conservation of the world’s largest, endangered and most enigmatic of owl species, and operates under the auspices of the Wildlife Conservation Society’s Russia Programme and is headed by Dr Jonathan Slaght (see photograph above reproduced from the cover of Science Times February 2013). The diminution of fish owl habitats in Russia can be directly linked to the collapse of the old Soviet Union and the end of logging restrictions from that era and the subsequent “harvesting” of forests via burgeoning road networks which unsurprisingly followed river courses thereby impacting on fish owl habitats. 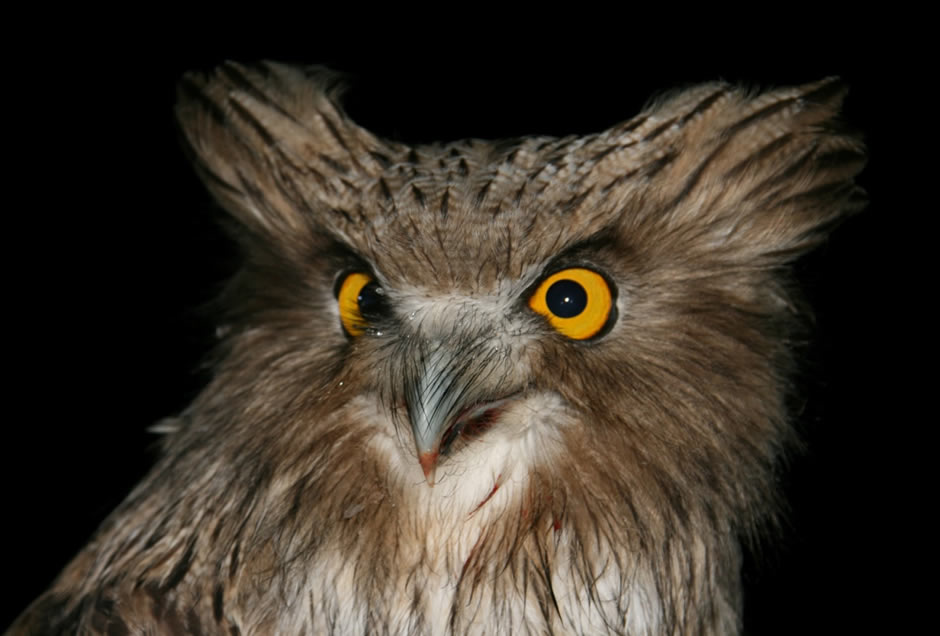 A joint study recently concluded by Jonathan Slaght in company with Sergei Surmach an ornithologist at the Russian Academy of Sciences questions whether fish owls and other endangered species such as the Amur Tiger and Amur Leopard can co-exist with logging companies. Clearly logging is not going to end but the authors are determined to encourage practices under which human activity is balanced with the needs of wildlife and the continued health and well-being of the forest environment. 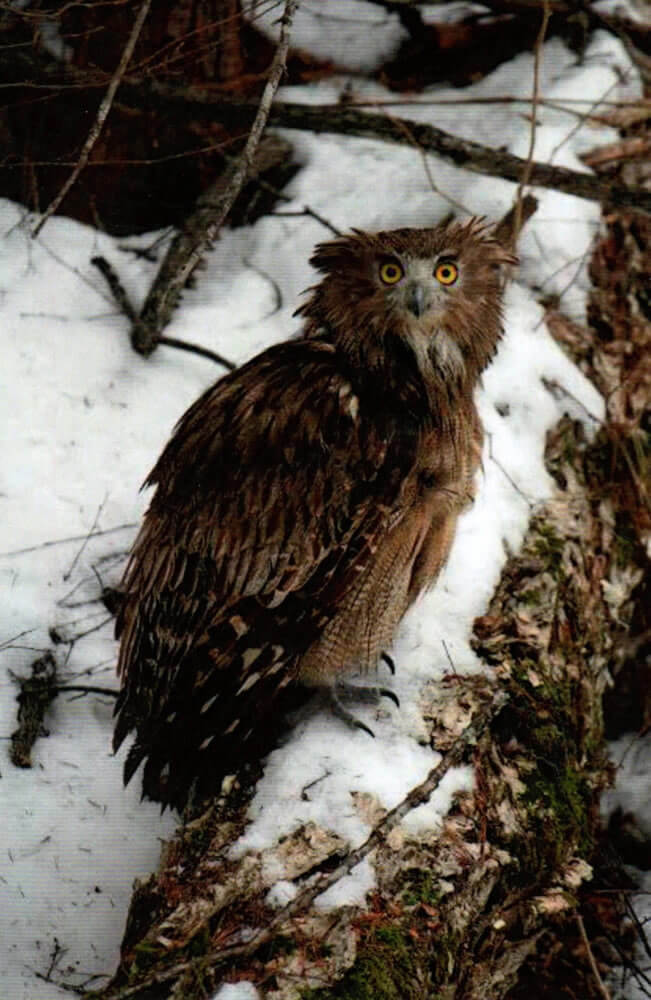 Photographs above courtesy of WCS and Dr Jonathan Slaght

In 2016, after decades of pressure from stakeholder groups, the Russian Government established Bikin National Park. This protected area encompasses the upper half of the Bikin River drainage in northern Primorye, Russia.This park is unique in that not only is its wildlife protected, but also the way of life of the indigenous Udege. While the new park is mandated to protect its nature resources, especially its endangered species, the park’s staff have no knowledge of fish owls: how to look for them, where they are, or how many there are.

The Bikin River is distinctive among fish owl research sites, as it is the only place in Russia where multiple fish owl surveys, spanning decades, have been conducted. Yuri Pukinskii estimated 26 breeding pairs in winters 1975-1976, while Mikhailov and Shibnev found only 15 pairs in the mid-1990s along the entire river. Preliminary estimates suggest there should be sufficient habitat for 19-33 pairs in the entire Bikin River Basin, with 15-18 pairs falling within the park (see Surmach and Slaght 2018).  It is important to understand whether the population decline noted by Mikhailov and Shibnev has continued, or if fish owls of the Bikin have stabilized. Park management will be supplied with with conservation recommendations to improve natural conditions for fish owls. Now that Bikin is a protected area, the WCS Project is in a position to influence conservation management there!
Latest Update-:
From 23 May to 04 June, 2020, two team members (Sergey Avdeyuk, Petr Mametiev) surveyed a total of 225.45 km of the main channel of the Bikin River, which is nearly the entire length of the main channel within the park, and a small portion downriver (see the attached map). An Udege guide was hired to take Sergey and Petr up the Bikin, and then they floated with the current an average of 17.4 km per day, surveying for owls and camping along the way. They listened for fish owl vocalizations at dusk and noted the GPS location and moved on as soon as they heard one. During the day, they searched for signs of owls (feathers, tracks) and again noted the GPS location and moved on when sign was discovered. Whilst data is still being collated and compared, initial analysis confirmed 11 territorial pairs (identified by the territorial duet), fish owl sign of occupancy (tracks, feathers, whistles). Also 6 additional locations, and 3 other sites were identified based on information gleaned from indigenous Udege hunters they encountered along the way. Once analysed the spatial distributions of the vocalisations and the signa, and possibly return for a follow-up confirmation survey, a clearer picture of the number of fish owl pairs detected can be derived.  At present the range is 11-20 pairs, almost certainly at the higher end of that range, which aligns with pre-survey estimates of 15-18 pairs within the park.

Once data is finalised, park management weill be updated with our findings, and also conduct training of all park staff so that they better know how to detect a fish owl and not disturb it or its habitat. The next step is to track fish owls of the Bikin over time and space by adding to our map of our fish owl 2020 distributions, and comparing these locations over time by also plotting data from Pukinskii (1973) and Mikhailov and Shibnev (1998). This map will allow understanding of population changes over both time (e.g., if populations have increased or decreased) and space (e.g., if fish owls now nest in the same general river stretches they did in the 1970’s and 1990’s).

If there are changes,  the drivers of those changes will hopefully be identified.

A new page with links to Conservation Programme Research papers will be added to the site shortly.